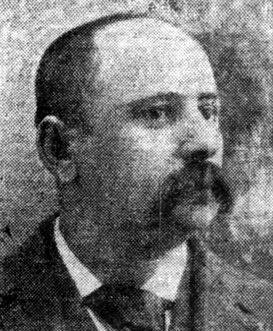 Braunhart Mania began all because of this little guy, Samuel Braunhart, who I was "introduced" to by my Dad's cousin Clyde Pound back in 2004.  When I tracked down Clyde then, he offered a document that his mother Mynette Heyman had saved, about her great uncle, a politician that served in San Francisco.  Before then, I had never heard the name "Braunhart."

Since that time, dozens of ancestors and relatives named Braunhart have appeared to me.  As a result, I have communicated with Braunhart relatives in Berlin, and found many descendants in California, New York and New Jersey.  I have also communicated with a gentleman from Szubin, Poland, which when it was Schubin, Germany/Prussia, housed the Braunhart patriarch and matriarch in the early 1800s up to the early 1920s.

There have been many who served in World War I and II, both in the American military, as well as the German military. There were several who escaped the Nazis and traveled to Palestine, Shanghai, and England, and tragically three Braunharts were murdered in the concentration camps.

Have I been obsessed with finding out as much about the Braunharts as I can - YES!  Are there more than two hundred people with Braunhart "blood" - YES!

So Braunhart Mania continues, and I am a much better person because of it.

Since 2004, I have been focused on my Braunhart ancestry.  It was through the assistance of a select few second and third cousins that I have been able to collect stories and photos of the members of this family. It is most important to acknowledge Martha Lesnitzer Zucker, who is actually my third cousin, once removed. She has been as obsessed as I have been with getting the story of this family assembled and deserves much credit.